It appears to me that the 2013 barra drought has been broken! Reports during the last fortnight have been electric from the coastal saltwater sector, Shoal Bay taking prize honours for the pick of locations. That place can rock and it’s been rocking alright. The old die-hard fisho’s (yes, that includes me) are still hell bent on the BDSI 8ft Killalure Barrabait for coastal rock work, convinced that the fish don’t change their habits, only the fishermen do. Whether that is true or not, you can’t ignore the results from this fantastic lure. It’s my go-to lure for Shoal Bay Rock in particular and is right up there for my Dundee ventures too. Much to my despair, I recently discovered that this colour had been removed from the Killalure Catalogue…..What the..?…..this cannot be happening!! That problem is now solved and it will form part of our exclusive ‘Bling’ range of lures here at Craig’s Fishing Warehouse…code named ‘BDSI BLING’.

Just this morning, my mate Nick Billias (ala The Canopy Man) and I experienced yet another ‘Barrabait’ session to remember. This time it was our Red Bling version. With conditions near on perfect, second cast saw the lure swallowed by an early 90’s fish. Shortly after, Nick was beaten about by a high 80’s fish that launched hard and shook it’s head as if to say ‘no not this time’. Then I was hit by a freight train….it was one of those that couldn’t get itself out of the water. You know they are big when they look bulky from quite a distance. Anyway, I was beat on that one too…and that image of it’s head thrashing about, then leaving a hole in the water I could’ve jumped in is currently haunting me.

Back to Shoal Bay, I’ve heard it all….’9 over a metre’, ‘3 over a metre’, ‘110cm’, ‘116cm’ and the rest. Aside from the usual hard-bodied stuff, those brand new Zerek 6 inch Cherabins are off the scale with results right now. These things require retrieve patience…but once you get the slow twitching action right the big fish don’t seem able to resist.

So there you go folks…who said it would never happen. It is happening…but who knows for how long.

Good luck wherever you go, and for goodness sakes…watch the storms, particularly in Shoal Bay. 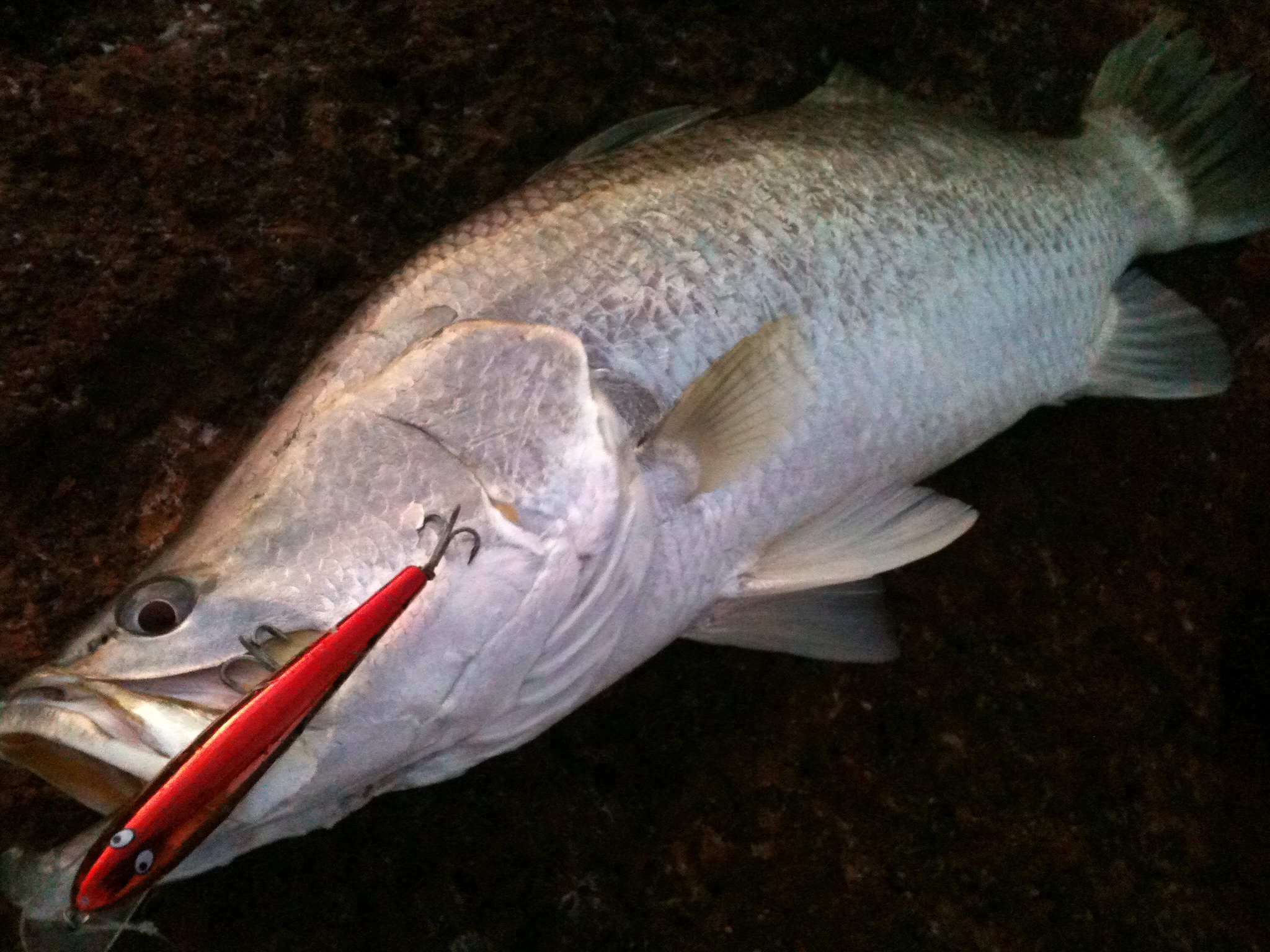