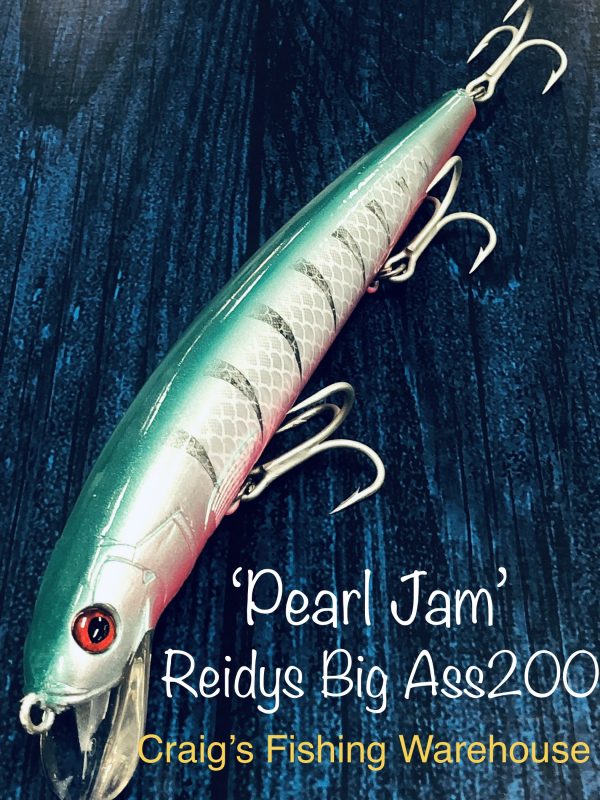 The new 200MM Big Ass B52. This lure was released at the 2015 Club Marine Barra Nationals on the iconic Daly River in the NT. Releasing this lure on the last day of the event was extremely pleasing as many teams were firstly excited to receive the lure but also many teams were successfully catching barra of many sizes. The 3 biggest fish in the tournament were all caught on the Big Ass B52 measuring 115, 113 and 112cm, there were some invitees along for the event which was the 20th anniversary and another 113cm was caught by previous Barra Nats winner and all round good guy Wayne “Buffalo” Ross using a gold (H-GB) Big Ass whilst Krystal aboard event co-ordinator Grant Edwards boat landed a 111cm on a Big ass B52.