Who Stole The Rain….

Righteo…here we go, I’m revived after a three week holiday in South Oz! Yes, I did attempt to catch a fish and the result was Carp (or should I say Crap), Perch and Bream….all small, so now it’s back to reality. Getting away from Darwin certainly makes  you realise just how lucky we are up here….

If you’ve been in some sort of panic over the lack of rain, don’t feel alone. Now, we can only rely on the ‘better late than never’ scenario. Let’s hope!

News hasn’t been all bad though, with numerous ‘Metrey’ reports from The Daly. Those Bills Bugs Fizzers have been fizzing up a storm in the shallow waters of Browns Creek and although It’s tiring on the ears, Bamboo Creek has remained productive too. Regardless of the low water levels, fishing The Daly is still grouse!

Cape Hotham is a place that can be very rewarding, weather permitting, and didn’t it fire last week….Jigging 5” Gulps across the reefs nailed everything including Jew, Snapper, Trout and Cod. Flavour didn’t really matter to the fish, it was more a case of getting the drift right and it was game on.

Barra at the Adelaide River mouth were on too, maybe not in great numbers but they still made the esky nonetheless.

Here comes a fantastic set of neap tides….maybe Saltwater Arm, The Daly or Sampan…. Anyone? 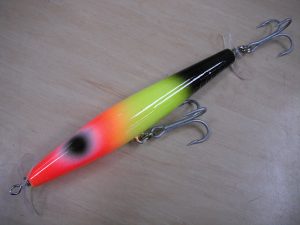